First reported by OnlyTech, Vi is offering additional 50GB high-speed data with the Rs. 1,499 prepaid recharge plan to select users. The data is being offered through the Vi app, though in some cases, the operator is also informing customers about the new offer through an SMS message.

The additional data expands the bundled high-speed data quota from 24GB to 74GB. This comes in addition to the existing benefits that include unlimited voice calls as well as 3,600 SMS messages for 365 days.

Gadgets 360 was able to independently see the additional 50GB data benefit for one Vi connection in the Delhi circle. It seems to be provided for a limited period and is listed on the Vi app as an ‘Extra Data Offer’. 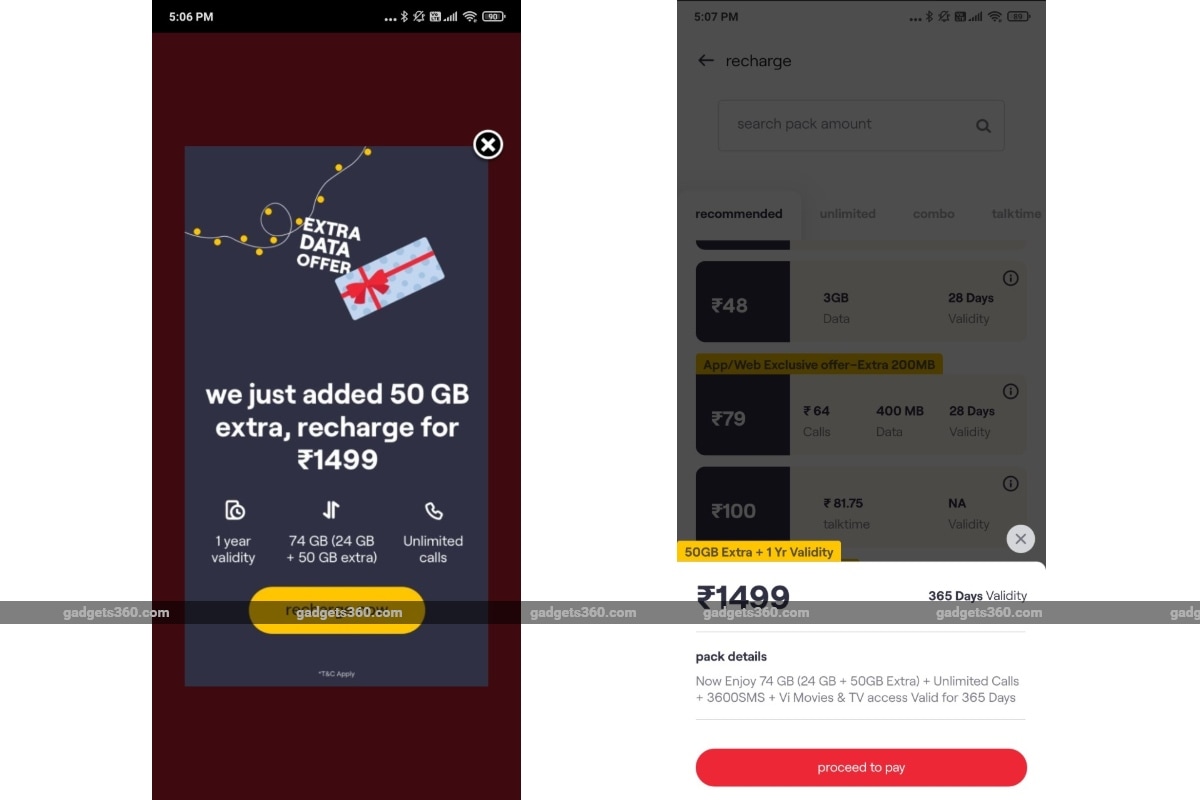 Some users on Twitter have mentioned that while the offer is being communicated through the Vi app and an SMS message, the operator didn’t include the 50GB data allocation upon recharge.

Gadgets 360 has reached out to Vi for clarity on the offer and will update this space when the operator responds.

Vi recently launched its Rs. 399 prepaid and postpaid plans for customers ordering its new SIM connection. Earlier this month, the operator also reportedly rolled out its Wi-Fi calling service for some users.

Will iPhone 12 mini become the affordable iPhone we’ve been waiting for? We discussed this on Orbital, our weekly technology podcast, which you can subscribe to via Apple Podcasts, Google Podcasts, or RSS, download the episode, or just hit the play button below.

Previous What to do before selling, trading or giving away your iPhone or iPad
Next Are WhatsApp and Jio Cooling Off on Payments Partnership?

Vodafone Idea is a popular telecom operator in India, competing with giants like Jio and ...