Panasonic just released a mild refresh of its popular Lumix FZ1000 superzoom camera, that’s scheduled to go on sale at the end of March or early April. The Lumix FZ1000 II features similar specifications as the original but now comes with Bluetooth and a touchscreen display. The camera will be available for around $900 (roughly Rs. 64,000). The company also launched a new travel zoom camera called the Lumix TZ95 (Lumix ZS80 in the US) with a 30x optical zoom and a compact body. This will go on sale by the end of April in black and silver trims for $449 (roughly Rs. 31,970).

The camera features a 20.1-megapixel 1-inch sensor, with a 16x optical zoom with a 35mm equivalent focal range of 25-400mm. The aperture ranges for f/2.8 at the wide to f/11 at the telephoto end. The camera supports burst shooting up to 12fps, a maximum native ISO of 12,800 (expandable to 25,600), 5-axis hybrid optical stabilisation and 4K video at up to 30fps. The Lumix FZ1000 II also has a 3-inch fully articulating touchscreen LCD with 1.25 million dot resolution and an OLED electronic viewfinder (EVF) with a resolution of 2.36 million dots. The camera weighs about 831 grams and features new monochrome shooting modes and built-in Wi-Fi and Bluetooth. 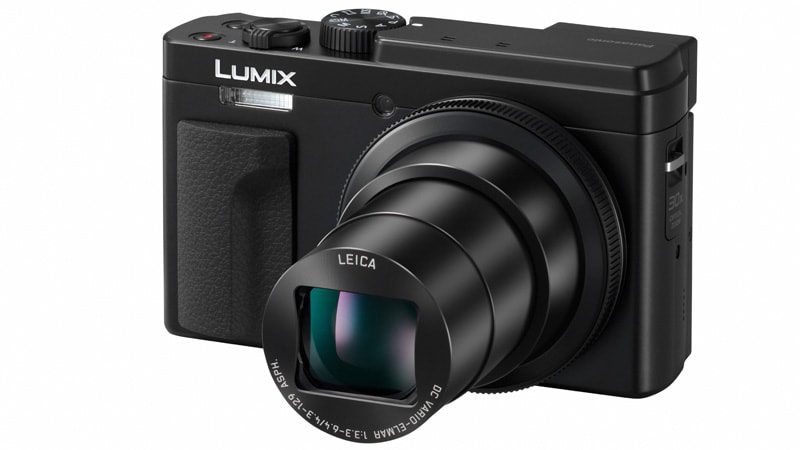 The Lumix TZ95 is a compact superzoom camera and features a 20.3-megapixel. 1/2.3-inch sensor with an impressive 30x optical zoom. The latter offers a 35mm equivalent focal length of 24mm-720mm. It also features 10fps burst shooting, a 3-inch tilting touchscreen and a EVF, 4K Photo mode, Bluetooth and Wi-Fi. The camera will compete with the likes of the Sony Cybershot DSC-WX800, which is another compact superzoom, around the same price.

Roydon Cerejo
Roydon Cerejo writes about smartphones and laptops for Gadgets 360, out of Mumbai. He is the Deputy Editor (Reviews) at Gadgets 360. He has frequently written about the smartphone and PC industry and also has an interest in photography. With over a decade of experience covering the consumer technology space, he is also an avid sci-fi movie and TV show geek and is always up for good horror flick. Roydon is available at [email protected], so please send in your leads and tips.
More