The new AirTag appears to have exceeded Apple’s expectations, with engraved and non-engraved versions soon slipping back from their original April 30 delivery date. The new order dates are changing fast enough that users are reporting inconsistent results across the US online Apple Store, as well as overseas.

All users originally saw a delivery date of April 30. Within five minutes, though, the estimate was changing. Many users began seeing a quoted “7-10 business days,” which could still theoretically mean arriving by April 30.

However, others at the same time were seeing more specific estimates, chiefly “May 10.” The results are the same in other countries, with users in Japan currently being notified of delivery from May 16 to May 23. 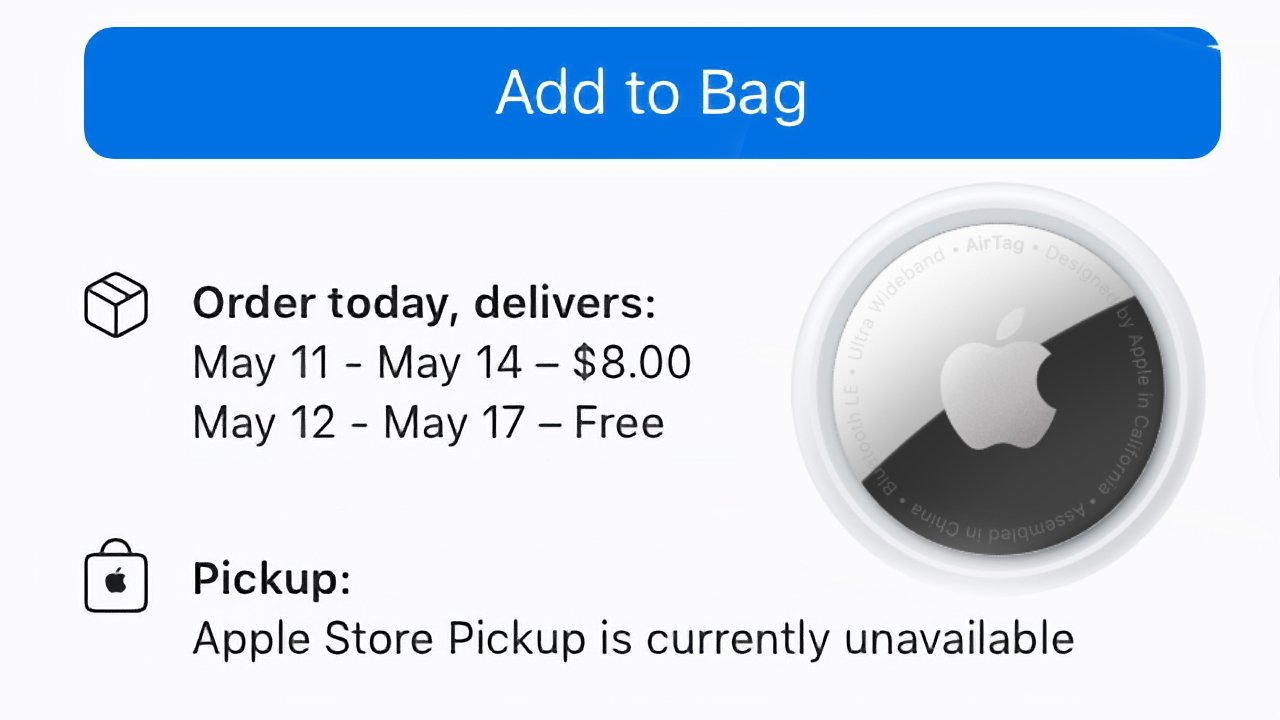 Apple’s new AirTag is selling out

Apple has not revealed how many AirTags it produced in advance, nor detailed exactly how the engraving adds to the order process. Anecdotally, however, it appears that the most popular items are the four-pack, and engraved.

The Mayo Clinic has launched support for the Apple Health Records feature on iPhone, allowing ...