Apple claims that all Apple Music users will gain improved audio with Apple Music Lossless, but to get the full benefit, there are software and hardware requirements. Here’s what AirPods, headphones, or other hardware you need.

Apple Music is to get its first-ever major update with the June 2021 launch of Spatial Audio, Dolby Atmos, and Lossless Audio to the service. While initially available on 20 million songs, Apple plans to have its entire library of 75 million tracks streaming in the new, higher quality.

Headphones that will receive Spatial Audio

The change to Spatial Audio will come automatically if users have these headphones:

With any of these devices, Apple Music will automatically switch to Dolby Atmos when available. Other headphones can also be used, but they don’t include the automatic switching.

Instead, users have to go to Settings, Music, Audio, and turn a new Dolby Atmos setting to Always On.

This is a case where Apple’s distinction between the two levels of improved audio matters, and is likely to cause confusion. All of the devices above will play the new Spatial Audio and Dolby Atmos tracks, but that doesn’t mean they will also play the full Hi-Res Lossless Audio.

To get Hi-Res Lossless, Apple notes that it requires external equipment, like a USB to Analog converter. It’s not clear yet specifically what Apple recommends or fits the bill, and we are reaching out to audio hardware manufacturers including Sonos to find out.

As well as headphones and earbuds, many Apple devices will play the new Dolby Atmos or Lossless Audio from their built-in speakers. The base models that can play the new service — with the latest iOS, iPadOS, or macOS installed — are: 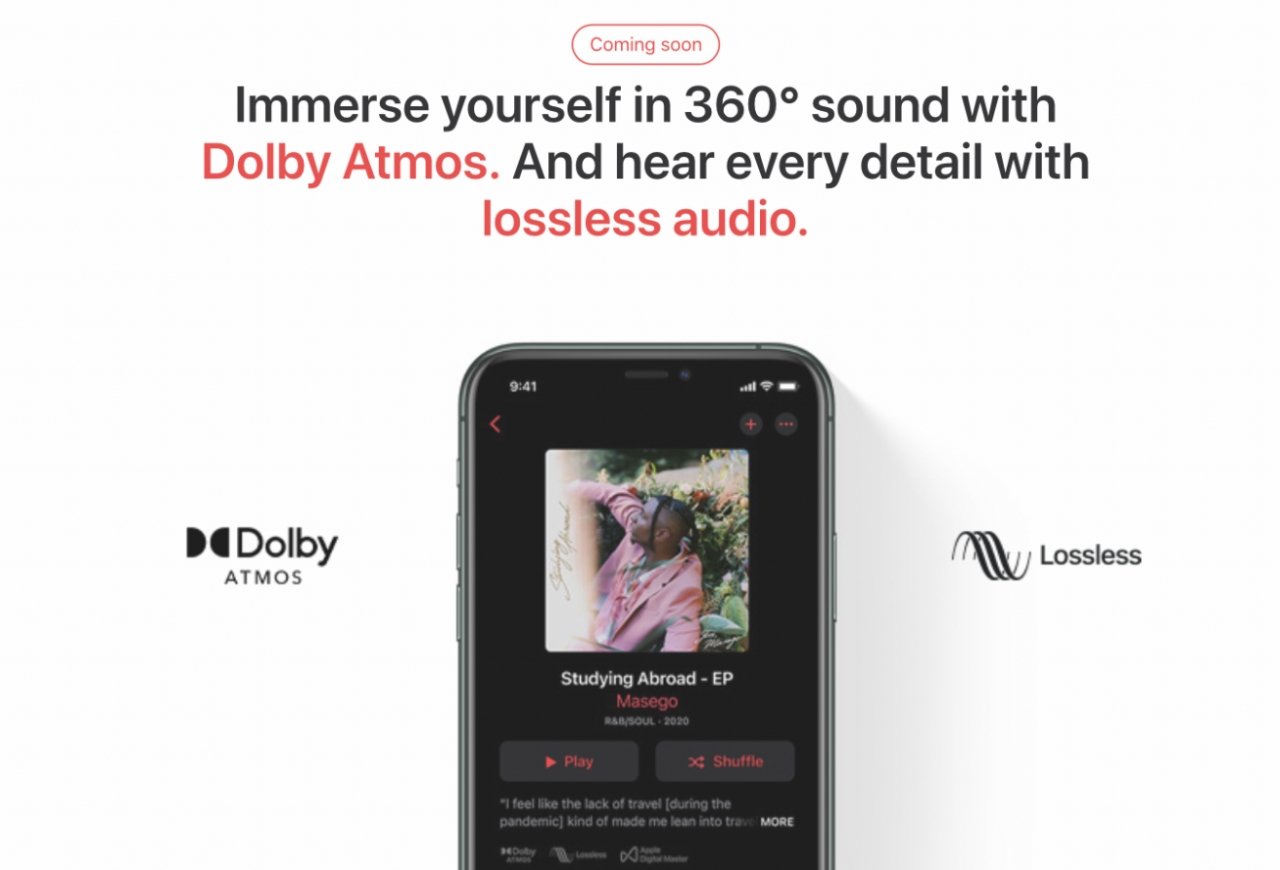 On compatible devices, Apple Music will automatically switch to Dolby Atmos versions of tracks where available

Go to Settings, Music, Audio Quality. There will be an option to turn on Lossless.

To hear the improved audio from an Apple TV, which has no speaker, users will again need to connect to compatible equipment.

There is also an issue that uninterrupted Lossless audio streaming will depend on your internet connection. Apple notes that users may want to switch between Lossless and Hi-Res Lossless depending on whether they’re on cellular or Wi-Fi.

How to translate websites that won’t in Apple Safari

Hunter Douglas PowerView shades review: The most luxe experience a HomeKit user could ask for

Files app gets much better thanks to iPadOS 15

When iOS 15 and iPadOS 15 land on millions of user’s devices it will bring ...