Controversy, an antitrust hearing, and Tim Cook in a suit – July 2020 in Review

There may not have been the new 2020 iMac we’d hoped for, but Apple was rarely out of the headlines in July, with a series of controversies, an unimaginable amount of cash — and a surprising number of launches.

We’re all used to Apple being the most profitable company in the world, and most of us believe its repeated claim that it doesn’t put money first. But in July 2020, we reached a true financial milestone for Apple: Tim Cook actually seemed a bit embarrassed how much money they’d made. Perhaps he was, perhaps he already had been in June 2020, but it was in July when he was required to speak publicly about the vast amounts of cash Apple has.

“We’re conscious of the fact that these results stand in stark relief during a time of real economic adversity for businesses large and small, and certainly for families,” he said during the company’s financial earnings call at the end of the month.

The coronavirus outbreak led to frightening redundancies and the permanent closure of businesses around the world. But Apple repeatedly showed the real benefits of superb strategic planning, an admirable ability to make major changes in its business — and of having a lot of money in the bank.

We shouldn’t forget, though, that the reasons it has that it has money are the same reasons that it has proven itself able to not only survive this extraordinary pandemic but also thrive.

“We do not have a zero-sum approach to prosperity,” said Cook in that same speech. If you’ve followed the industry for long enough, you could perhaps detect a hint of an allusion to a reference of how other firms set out to earn money, such as how other firms beginning whose names begin with “M” and end with “icrosoft” have perhaps sought to wring every available drop of money out of a situation.

Cook’s non-zero-sum game means he doesn’t think you have to lose money for him to gain it. Instead, Apple believes, with some evidence, that it’s able to help us all. “Especially in times like this, we are focused on growing the pie,” he continued, “making sure our success isn’t just our success and everything we make, build or do is geared toward creating opportunities for others.” 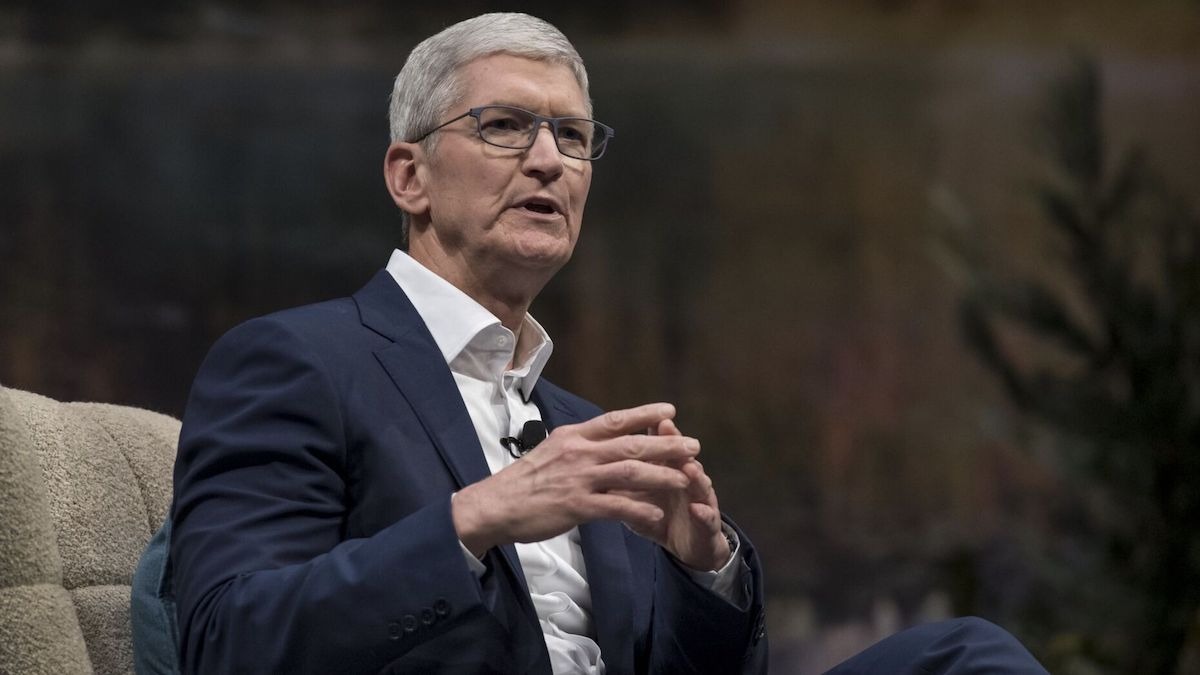 Something like 24 hours before he said that during the call that revealed Apple had earned a record-breaking $59.7 billion in its latest quarter, Tim Cook had been talking up this business of helping other firms. And he was doing so while simultaneously, and unusually, playing down the company’s success.

Speaking while wearing the kind of suit that made you suddenly realize you’ve never seen the man with a tie before, he addressed the US House of Judiciary and its session concerning antitrust allegations. The House had the power to bring Cook plus Amazon’s Jeff Bezos, Facebook’s Mark Zuckerberg, and Google’s Sundar Pichai to task.

It didn’t bother to do it, though. All four big tech CEOs gave their hyper-rehearsed bland and reassuring answers, but it hardly mattered because the House wasn’t interested.

If any one of the senators had displayed anything approaching a basic familiarity with the technology in question or the accusations being made, you might think they just distracted. Maybe like the rest of us whenever we watch Tim Cook speak, they were hoping for a “one more thing,” and the launch of a new iMac.

If Apple didn’t launch a new iMac in July as many people expected — chiefly the same ones who expected it in June, too — then it did at least bring out many new releases. They just weren’t hardware.

Or not exactly. There was the new expansion of the Independent Repair Provider Program, which meant, in theory, that we will get to have many new places to go get our devices fixed. In practice it might turn out to mean only that Apple has something to point to the next time it’s brought to task by right-to-repair advocates.

Then there was the release of the digital car key, but the only technology there was BMW’s. Still, just weeks after WWDC announced it, the car manufacturer was adopting Apple’s new software within its own BMW Connected app. Incidentally, Tim Cook is believed to drive a BMW 5 Series.

Perhaps helpful to a slightly larger group of people was July’s unveiling of an online web portal for Apple Card. Instead of being forced to pay through your iPhone, you could now log on from anywhere and do the necessary.

There was also the first public beta release of just about everything we would all be getting later this year, from iOS 14 through to tvOS 14. You don’t care about betas because you’re sensible and wouldn’t ever risk losing all your work. Sure you are. You even resisted while macOS Big Sur took an unusually long time to from beta to public release.

If betas are not for everyone, Apple laudably believes that coding is. Apple’s Everyone Can Code program gained a whole new set of tools and educational resources.

It was impressive just how many projects Apple has managed to keep going during the coronavirus — and fascinating to learn how they’ve done it — but it was also helping other firms in these peculiar days. In July, the London-based arts organization Made in LDN announced the online resumption of its program for local musicians, in collaboration with Apple.

July has never been the busiest time for Apple, but as a sign of how things have changed over the years, take a look at what was reportedly the single largest launch the company made this time.

For 2020, Apple’s headline launch was “Greyhound,” the movie. We’re not knocking it at all — it’s an excellent movie, even if it had some technical problems — but Apple didn’t make it. Apple bought it, although in doing so also saved it from sitting in film studio’s store cupboard for even longer than it did.

Rescuing the movie turned out to apparently be such a success for Apple TV+ that the company is looking to see what other movies it can leverage audiences with.

Apple TV+ still didn’t seem to have that one breakout series that gets people talking the way they do about Baby Yoda on the Disney+ show “The Mandalorian,” but reportedly strong ratings for “Greyhound” did come at the same time as more plaudits for the service. It became the first streaming service to get Daytime Emmy wins — for “Ghostwriter” and “Peanuts in Space,” for one thing.

If the general perception is that Apple TV+ just isn’t as high profile as Disney+ or Netflix, those July Daytime Emmy wins mean it had earned 25 awards so far. That’s out of 71 nominations.

And then even if it isn’t strictly part of Apple TV+ per se, there was one more video that did well for the company. The return of “The Underdogs” in a promo video about Apple devices and services was a delight. It was good to go into August 2020 with a smile.

A total of 128 million iOS users downloaded apps that were affected by the XcodeGhost ...