Apple is developing simultaneous streaming technology, perhaps as a future Apple TV feature, that could customize playback of a video clip based on viewer needs or preferences.

The technology is described in a patent titled “Simultaneous playback for multiple audience members with different visual and audio needs,” which was granted to Apple on Dec. 15. The company first filed for the patent in September 2017.

Essentially, the patent covers a method for simultaneous streaming, or a way for multiple users to watch the same content together remotely and/or on different devices. But it goes a step beyond a simple “watch party” feature.

For example, Apple notes that a family may want to watch a movie that includes “inappropriate content” for children under a certain age — which could lead to parents telling their kids to cover their eyes.

“Furthermore, a family having different backgrounds and speaking different languages may be required to settle for playing back the audio in the television program in one language, in which some family members are proficient, while others are not,” the patent reads. 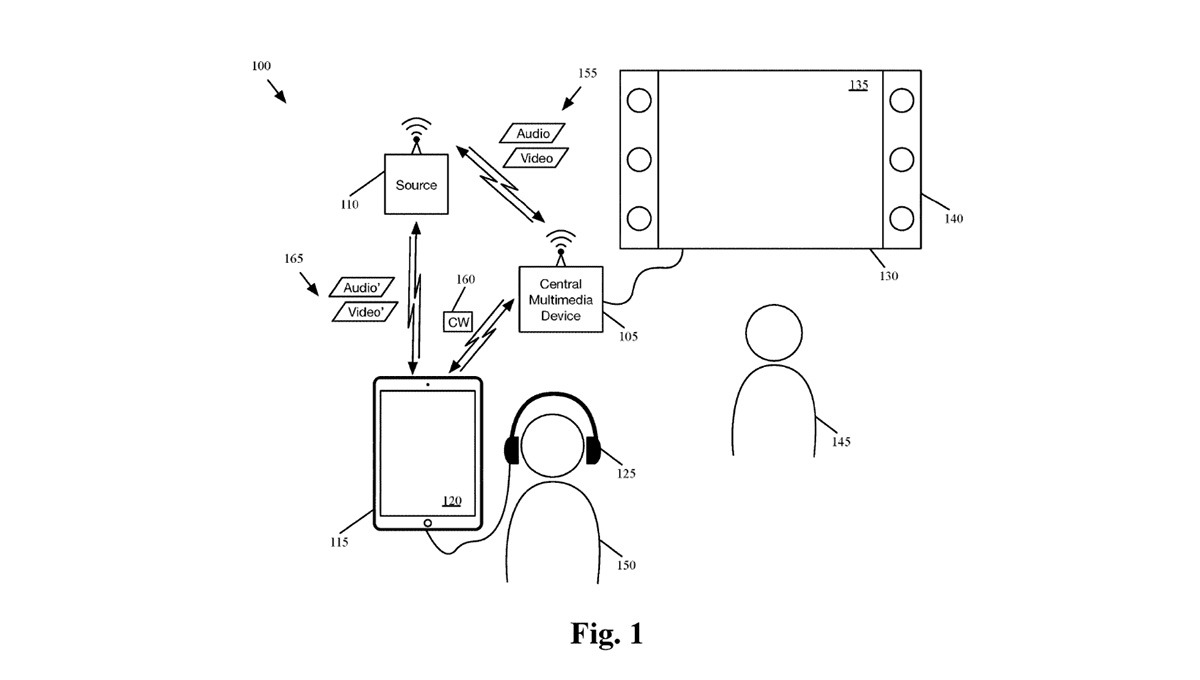 Depiction of different viewers in a “watch party.” Credit: Apple

To remedy these situations, Apple proposes a system that could adjust playback to suit the different needs or wants of the audience members.

As an example, the patent contends that a playback system can send an alert to a viewer notifying them of an upcoming piece of “inappropriate content.” From there, the viewer can decide whether to stream a different or alternate segment. The system may also be able to do this automatically based on data — like age or audio needs — within a viewer’s user profile.

There are also provisions in place that allow the media device to smoothly switch a stream between an original piece of content and an alternate or edited piece of content by buffering two versions of a movie simultaneously, and playing one or the other based on user needs. Members of a viewing party may also be able to pause playback for all viewers, or rewind certain segments.

The patent lists Stanley M. Mayalil, Cole M. Stewart, and Rajesh Ambati as its inventors. Of them, Ambati has previously worked on carrier network- and streaming-related technology for Apple.

Apple files numerous patents on a weekly basis, and there’s no guarantee that the technology described in them will ever make it to market. Similarly, patents don’t give any indication of when Apple may adopt their technology.

Previous This Week in Apps: The year’s best apps, 2020’s biggest downloads, the App Store’s newest hire
Next What Apple ProRAW is, and what it means for professional photographers

Epic Games v. Apple App Store antitrust trial – what you need to know after one week

Zoom appears to have been granted access to a previously unknown iPad software feature that ...