There are very few gaming laptops in the market right now that can strike the perfect balance between crazy high specs and portability. Dell’s Alienware M15 R3 seems to have hit the sweet spot between the two. It is essentially an Area 51 after six months of cardio — it’s got similar looks and styling but in a much lighter body. So is there any catch? Find out in our review.

The Alienware M15 R3 is built very well. Its outer shell and keyboard deck are made out of a Magnesium alloy to keep weight low, while ensuring solid build quality. It’s soft to touch, but doesn’t feel the same as soft touch plastic. It is resistant to fingerprints, smudges and scratches, something that is very important to the Cheetos-gobbling gaming audience that this laptop is going for. However, you can expect it to get discoloured sooner or later, as it is available only in white, or as Alienware calls it, Lunar Light.

Interestingly, the laptop doesn’t have a single sharp corner anywhere. This, along with the grippy texture make it relatively portable, and you can carry it around with relative ease even though it’s not that light, at 2.5 kg. 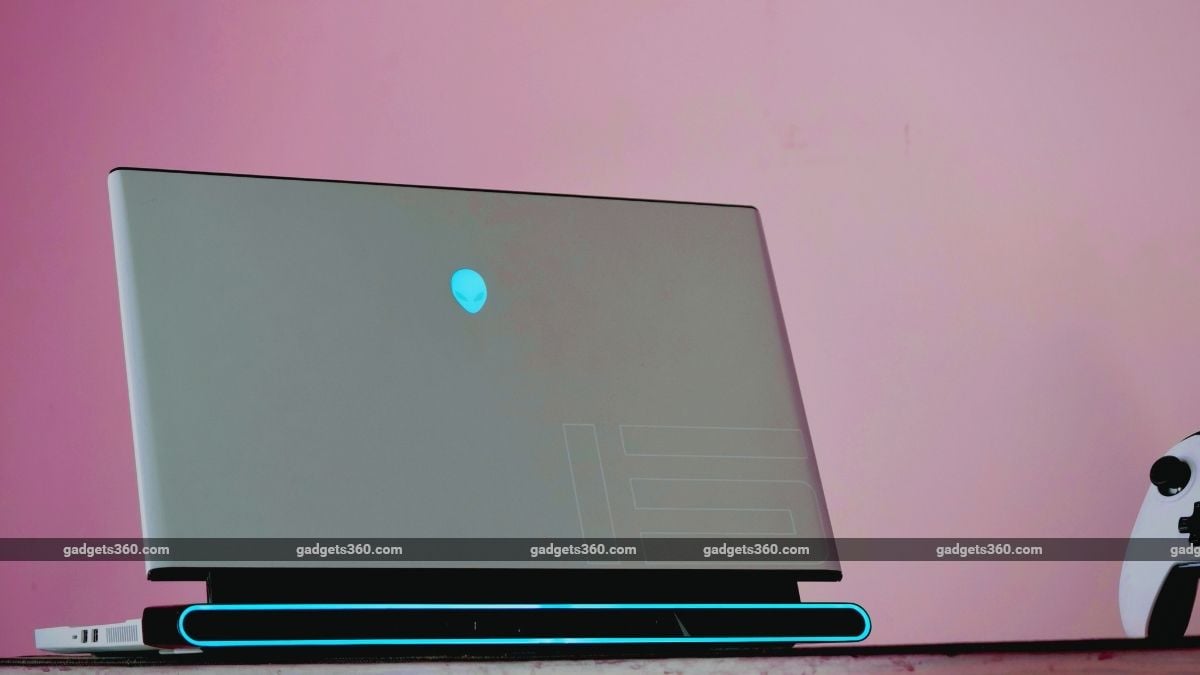 Alienware M15 R3’s outer shell and keyboard deck are made out of a Magnesium alloy.

Like most other gaming laptops, it is laden with RGB lighting everywhere. You can find RGB LEDs around the rear vent, in the Alienware logo on the lid, and of course, the keyboard, all of which are customisable through the proprietary app that we’ll get to in a moment. Although LED lighting isn’t for everyone, I dig this look.

There is very little flex in the display and keyboard deck, which again owes a lot to the choice of materials.

In terms of I/O, on the left of the laptop, you will find a USB 3.2 port (the only one having power share), an Ethernet port, and a multi-function 3.5mm jack. On the right you’ll find two more USB 3.2 ports without power share and a microSD card slot. At the back, there are charging, mini DisplayPort, HDMI, and one Thunderbolt 3 compatible Type-C port as well as Alienware’s proprietary Graphics Amplifier port. 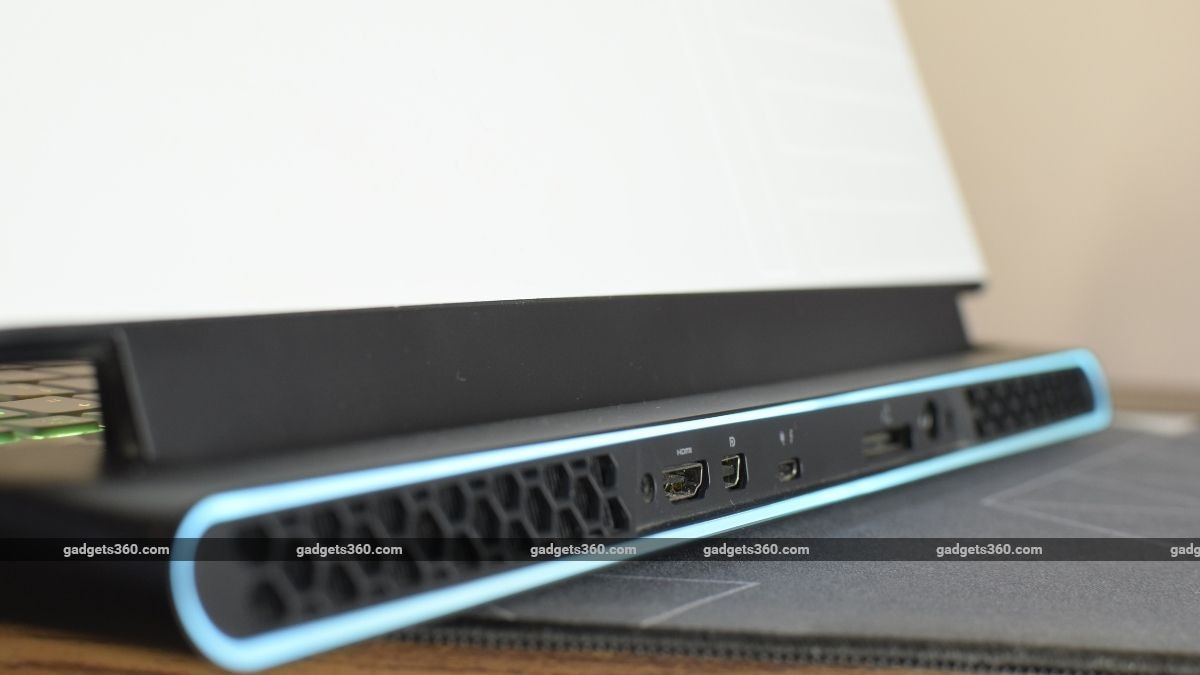 My variant came with a 15.6-inch OLED display with a resolution of 3840×2160 and a refresh rate of 60fps. Since it has that 4K resolution and OLED tech, colours are vibrant and almost everything appears gorgeous. It is also HDR500 certified, which means you get local dimming and up to 400 nits of brightness. However, this isn’t ideal for gaming, as it lacks a high screen refresh rate. It’s also got a glossy finish; not just the display, but the borders around it too, so you might struggle to fight the glare if you are going to use this laptop in bright environments. If you’re looking to watch movies though, you can’t beat this panel.

The speakers are decent, though not great. They are front-firing this time, as opposed to the M15 R2’s bottom-firing set. They have good bass and mid response, so you should be able to hear gunshots in a game clearly, but they miss out a bit on the high frequencies.

Thanks to those bleeding-edge, no-compromise specifications in the top-end variant of this laptop, I got really good gaming performance all the time. Every game I threw at it, heavy or light, ran smoothly at high settings. Even ray tracing titles ran at 4K with relative ease.

Warzone with ray tracing enabled at the Ultra preset at 4K ran consistently at around 55fps, while at 1080p I got to see 65fps. Shadow of the Tomb Raider ran on average at 75fps with ray tracing and DLSS enabled at 1080p. When cranked to 4K, it could manage 51fps, which is playable. Far Cry 5 at 4K ran at 43fps, with graphics at the Highest preset.

Coming to thermal performance, if you play games with the quieter fan modes selected, you’ll observe some thermal throttling. 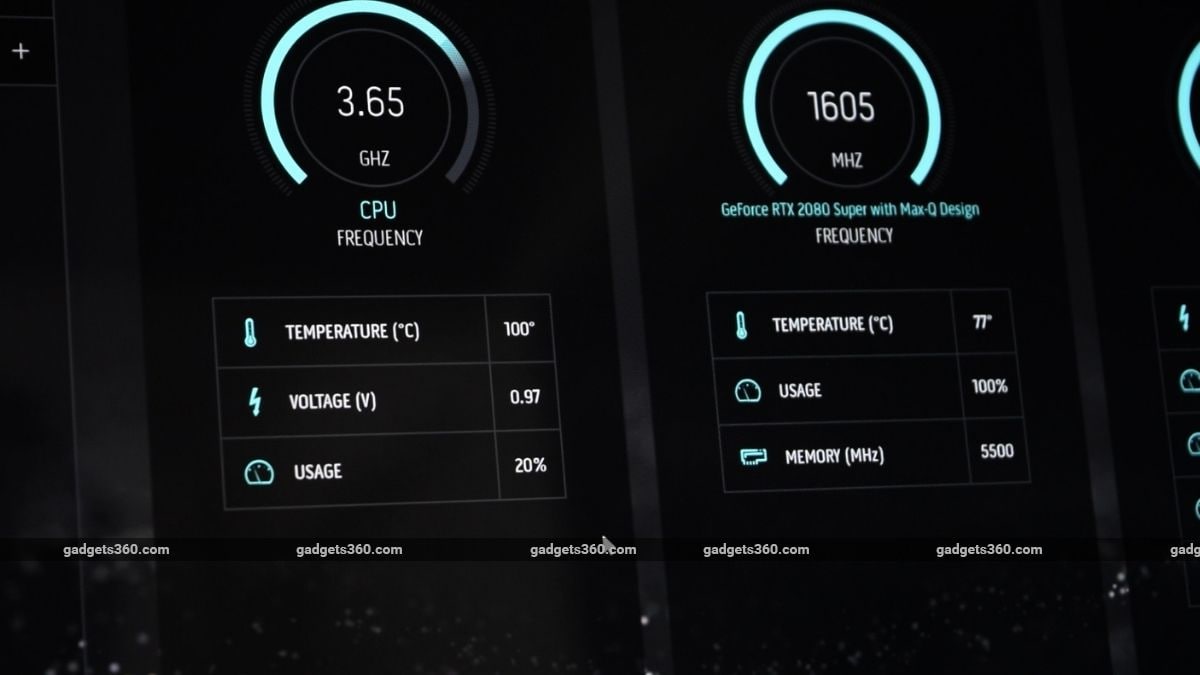 I tried this with Horizon Zero Dawn, which ran at 40 fps with quiet fan mode enabled, while at higher fan speeds I observed 65 fps. This was at 1080p with the High graphics preset. It wasn’t uncommon to see the CPU temperature go up to 80-90° C when playing games like Far Cry 5 and Shadow of the Tomb Raider. This laptop has a tendency to run very toasty even when the fans are set to High, but hey, at least games run smoothly.

In terms of synthetic benchmarks, PCMark 10 posted scores of 5,349 and 6,413 in its standard and Extended runs, respectively. Cinebench R20 achieved 3,065 and 460 points in its multi-core and single-core tests respectively. POVRay finished its benchmark run in 1 minute, 32 seconds.

As for graphics benchmark performance, the Nvidia GeForce 2080 MaxQ GPU is a beast. 3DMark’s Time Spy and Time Spy Extreme scores were 7,349 and 3,494 respectively, while the Port Royal test managed 4,931.

In regular non-gaming use, I was surprised to see some periodic stutters when navigating between tasks when the fans were set to run quietly. The laptop runs slightly hot even when it’s not loaded with heavy apps.

The Alienware M15 R3 comes pre-loaded with a few Dell utilities such as Alienware Command Centre and Mobile Connect. Command Centre lets you tweak things like lighting, fan speed, and CPU and GPU frequency and voltage. It’s very elaborate, and you can save profiles for specific games too. I found it intuitive to use and you’ll find yourself using it more often than you may think.

The laptop also comes with Tobii eye tracking hardware and software, which is supported by a few recent titles. It works beautifully, especially in games like F1 2020 where you can focus on a particular corner while executing a turn. It also works within the Windows UI, which means you can control certain elements of the OS such as multitasking and even moving the cursor around just with your eyes. This felt a bit unnatural at first, but I picked it up quicker than I expected, and when I did go back to my own laptop, the lack of eye gestures really bugged me.

This is the area that actually impressed me more than raw performance. Some high-end gaming laptops try to woo customers by including a half-baked mechanical keyboard, but not this one. It has a fantastic membrane keyboard, with slightly shallow travel and satisfying feedback. It’s not noisy, and is properly spaced out The keys are ever so slightly concave and are of the exact size I love. It’s a very subjective thing, I know, but it’s very well implemented.

The trackpad is also great — it’s precise and has a very nice texture. More importantly, unlike on many other gaming laptops, it’s not an afterthought. It’s very much an integral part of the package. This gets a chef’s kiss from me.

The Alienware M15 R3 comes with an 86Wh battery. The huge power adapter weighs around 800g, which may make the entire package too heavy if you’re planning to take it around in a bag. Be it synthetic battery tests or real-world performance, this laptop can only last a couple of hours at most, which isn’t ideal. The Battery Eater Pro test ended in a measly 1 hour 15 minutes, and it takes about two hours to charge this thing up from zero. This can be attributed to the power-hungry configuration, so it’s fine for people who are okay with keeping it on AC power most of the time. You also have an LED light around the charging connector – nice touch. 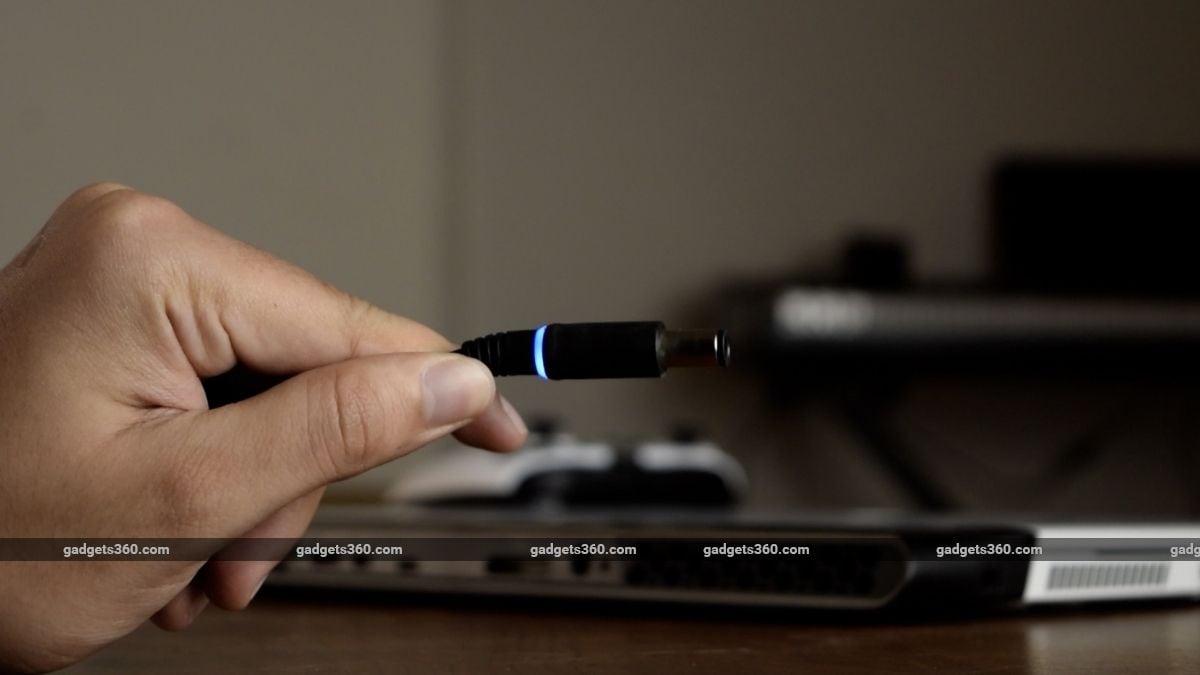 To sum it up, the top variant of the Alienware M15 R3 is a great laptop, but is hard to recommend to hardcore gamers despite its crazy specifications, mainly because of that display. I also would have loved slightly better thermal performance, and of course a lower price.

If you are looking for a portable gaming laptop with perhaps the best possible overall hardware configuration, the Alienware M15 R3 is for you. It also looks pretty and feels premium. But if you are someone who uses a laptop unplugged most of the time, it may be a deal breaker.

Are iPhone 12 mini, HomePod mini the Perfect Apple Devices for India? We discussed this on Orbital, our weekly technology podcast, which you can subscribe to via Apple Podcasts, Google Podcasts, or RSS, download the episode, or just hit the play button below.

Previous Microsoft’s Xbox Series X is ahead of its time – TechCrunch
Next Flipkart, Amazon Have Excellent iPhone 11, Galaxy S20+ Sale Offers, but Will They Have Enough Stock?

RedmiBook 15 Price in India, Specifications Leak Ahead of August 3 Launch

Snapchat Desktop App Snap Camera Lets You Become a DreamWorks-Style Cartoon in Zoom Calls: How to Use

RedmiBook India launch is set for August 3, Xiaomi confirmed via a media invite on ...