Xiaomi CEO Lei Jun confirmed on the Chinese social media site Weibo and first spotted by The Verge, that the electronics company would be ditching the bundled power brick in the Mi 11 citing environmental concerns. Jun goes on to say that users already have a surplus of chargers and that the charger would be “canceled” for the Mi 11 device. 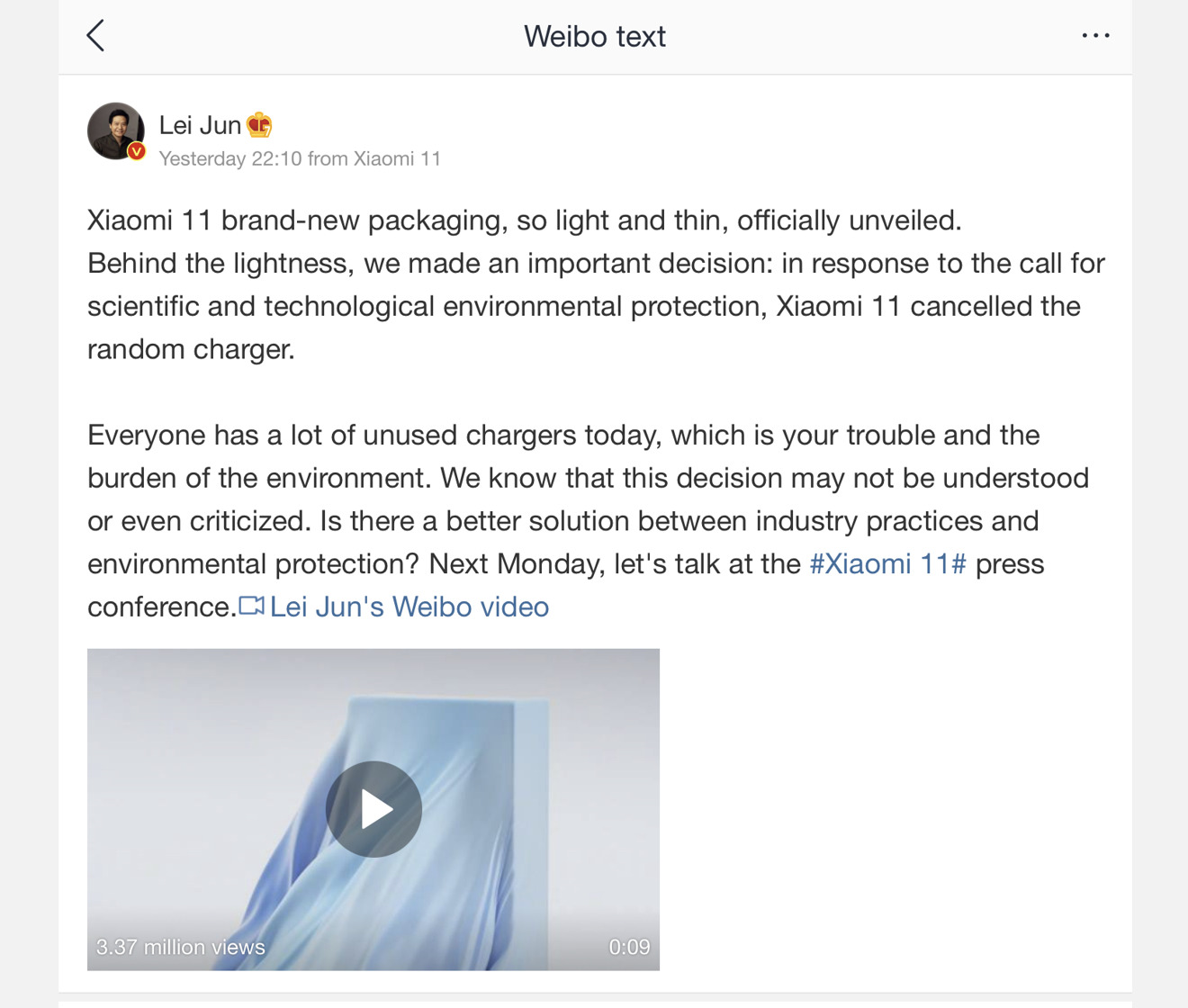 It comes only weeks after Xiaomi derided Apple for the same act. Not long after Apple launched the iPhone 12 line, Xiaomi tweeted that it “didn’t leave anything out of the box” in regard to its own Mi 10T.

The Xiaomi Mi 11 is set to be announced at a press event on Monday, December 28.

Previous Got a new iPad? Apple Pencils are on sale from $79.99 today
Next The best board game companion apps for iPhone and iPad

Wristcam review: The most feature-complete Apple Watch accessory to date

In what appears to be an ill-conceived prank, a teenager on a United Airlines flight ...